Come visit Mumbai one day experience of this island city where you get to see people from all over India with their different customs.

My Name is Daniel David i am born and brought up in this beautiful city of Mumbai i am post graduate in Business Management and Travel and Tourism. Being a Freelancer Tour guide for the city exploring the city which is the Financial Capital of India which is real modern city of India. Which is well known for its rich history controlled by various different Kingdom in different era of history and lot to share as a return gifts that they gave back to the city for the next generation. Bombay, Mumbai or Bombaya which originally is an island city where you get to see so many innovation took place from here and later on was adopted through the country either you take example of Modern Education, Bollywood (Moving pictures having Indian story in it), Finance, Modern culture, to give you rough idea about overall India which you get to see within this same island city and so in many ways we get to see so much that city has to and to share with the visitors around.
Being Jewish born and brought up in this same community where my forefathers were from Persia and later settled to this country the only country without Antisemitism where we get so many similarities between India and Israel through culture, history way of living and religious values and that has inspired me also to Conduct Jewish tour in this tour we share about migration of Jewish community since last 2000 years here from different part of the world like Israel, Baghdad and other middle-east countries and Europe before World war where India have been their fatherland and locals who accepted them which you get to see only in India. In fact the first synagogue having its own unique history who was a commander of English military captured as prisoner of war in Muslim court of law and because this military officer was Jewish he was released and because god made a mercy on his life he builds temple of god named Gate of Mercy which is first synagogue of Mumbai ever later you get to see different synagogues build by different communities after their migration.
My grandfather who was also one of the well known freedom fighter during the freedom struggle of Independent India. Where the importance of Independence was be realized why it was required for the self rule for Indians and after having our own rule today we can see India have successfully reached and have proved its capability at every different level.
I am also environment and animal lover where i feel we all have equal right on this planet and every one deserves his space and i with my private pet society of India try my level best to do everything we can.
India itself has really got a lot to give to share not only visiting but sharing with each other the experience i have and what i have learned from my family, my school and people around me to know more about us and i believe this is the true travel experience which makes a complete meaning for the travel.

a one day jewish tour can take you to the various synagogues, cemeteries, Jewish institutions and other important tourist places in the city and as per the requirements and demands can arrange a day tour in the city of Mumbai
sslevy23@gmail.com 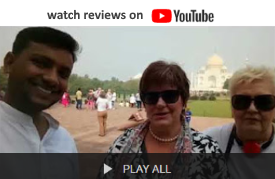