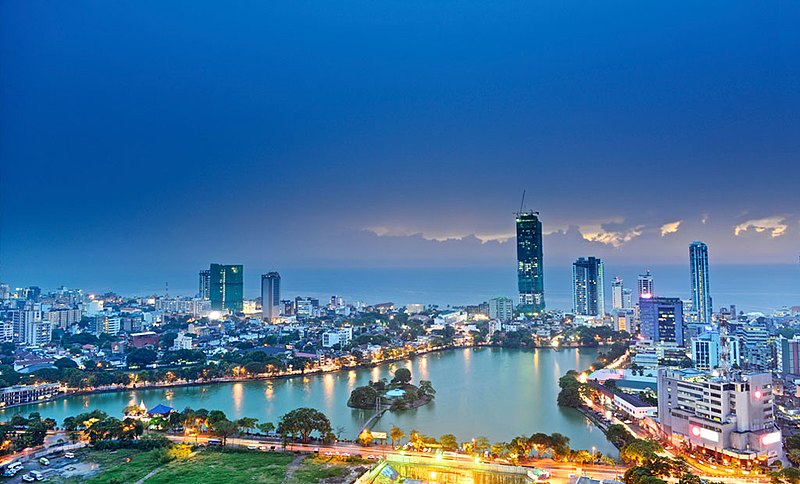 Portuguese explorers led by Dom Lourenço de Almeida first arrived in Sri Lanka in 1505. During their initial visit they made a treaty with the King of Kotte, Parakramabahu VIII (1484–1508), which enabled them to trade in the island’s crop of cinnamon, which lay along the coastal areas of the island, including in Colombo. As part of the treaty, the Portuguese were given full authority over the coastline in exchange for the promise of guarding the coast against invaders. They were allowed to establish a trading post in Colombo. Within a short time, however, they expelled the Muslim inhabitants of Colombo and began to build a fort in 1517.

The Portuguese soon realized that control of Sri Lanka was necessary for protection of their coastal establishments in India and they began to manipulate the rulers of the Kotte kingdom to gain control of the area. After skilfully exploiting rivalries within the royal family, they took control of a large area of the kingdom and the Sinhalese King Mayadunne established a new kingdom at Sitawaka, a domain in the Kotte kingdom.[17] Before long he annexed much of the Kotte kingdom and forced the Portuguese to retreat to Colombo, which was repeatedly besieged by Mayadunne and the later kings of Sitawaka, forcing them to seek reinforcement from their major base in Goa, India. Following the fall of the kingdom in 1593, the Portuguese were able to establish complete control over the coastal area, with Colombo as their capital. This part of Colombo is still known as Fort and houses the presidential palace and the majority of Colombo’s five star hotels. The area immediately outside Fort is known as Pettah (Sinhala පිට කොටුව piṭa koṭuva, “outer fort”) and is a commercial hub.

It assured the king assistance in his war against the Portuguese in exchange for a monopoly of the island’s major trade goods. The Portuguese resisted the Dutch and the Kandyans but were gradually defeated in their strongholds beginning in 1639. The Dutch captured Colombo in 1656 after an epic siege, at the end of which a mere 93 Portuguese survivors were given safe conduct out of the fort. Although the Dutch (e.g., Rijcklof van Goens) initially restored the captured area back to the Sinhalese kings, they later refused to turn them over and gained control over the island’s richest cinnamon lands including Colombo which then served as the capital of the Dutch maritime provinces under the control of the Dutch East India Company until 1796.

Although the British captured Colombo in 1796, it remained a British military outpost until the Kandyan Kingdom was ceded to them in 1815 and they made Colombo the capital of their newly created crown colony of British Ceylon. Unlike the Portuguese and Dutch before them, whose primary use of Colombo was as a military fort, the British began constructing houses and other civilian structures around the fort, giving rise to the current City of Colombo.

Initially, they placed the administration of the city under a “Collector”, and John Macdowell of the Madras Service was the first to hold the office. Then, in 1833, the Government Agent of the Western Province was charged with the administration of the city. Centuries of colonial rule had meant a decline of indigenous administration of Colombo, and in 1865 the British conceived a Municipal Council as a means of training the local population in self-governance. The Legislative Council of Ceylon constituted the Colombo Municipal Council in 1865 and the Council met for the first time on the January 16, 1866. At the time, the population of the region was around 80,000.[10]

During the time they were in control of the Colombo, the British were responsible for much of the planning of the present city. In some parts of the city tram car tracks and granite flooring laid during the era are still visible today.

This era of colonialism ended peacefully in 1948 when Ceylon gained independence from Britain. Due to the tremendous impact this caused on the city’s inhabitants and on the country as a whole, the changes that resulted at the end of the colonial period were drastic. An entire new culture took root. Changes in laws and customs, clothing styles, religions and proper names were a significant result of the colonial era. These cultural changes were followed by the strengthening of the island’s economy. Even today, the influence of the Portuguese, the Dutch and the British is clearly visible in Colombo’s architecture, names, clothing, food, language and attitudes. Buildings from all three eras stand as reminders of the turbulent past of Colombo. The city and its people show an interesting mix of European clothing and lifestyles together with local customs.

Historically, Colombo referred to the area around the Fort and Pettah Market which is famous for the variety of products available as well as the Khan Clock Tower, a local landmark. At present, it refers to the city limits of the Colombo Municipal Council.[23] More often, the name is used for the Conurbation known as Greater Colombo, which encompasses several Municipal councils including Kotte, Dehiwela and Colombo.

Although Colombo lost its status as the capital of Sri Lanka in the 1980s, it continues to be the island’s commercial centre. Despite the official capital of Sri Lanka moving to the adjacent Sri Jayawardanapura Kotte, most countries still maintain their diplomatic missions in Colombo.