Athens is the historical capital of Europe

A large part of the town’s historic centre has been converted into a 3-kilometre pedestrian zone, leading to the major archaeological sites, reconstructing  the ancient landscape.

The sprawling city is bounded on three sides by Mt Ymettos, Mt Parnitha and Mt Pendeli; whilst inside Athens are twelve hills [the seven historical ones are: Acropolis, Areopagus, Hill of Philopappus, Observatory Hill (Muses Hill), Pnyx, Lykavittos (Lycabettus), Tourkovounia (Anchesmus)], the Acropolis and Lykavittos being the most prominent. These hills provide a refuge from the noise and commotion of the crowded city streets, offering amazing views down to Saronic Gulf, Athens’ boundary with the Aegean Sea on its southern side. The streets of Athens now meld imperceptibly into Piraeus, the city’s ancient (and still bustling) port.

Places of interest to travellers can be found within a relatively small area surrounding the city centre at Syntagma Square (Plateia Syntagmatos). This epicentre is surrounded by the districts of the Plaka to the south, Monastiraki and Thissio to the west, Kolonaki to the northeast and Omonia to the northwest. 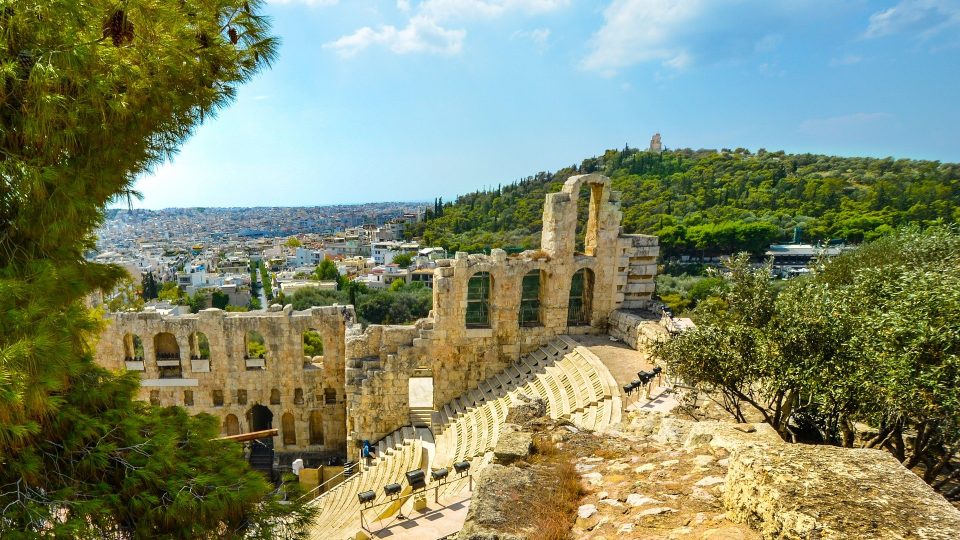