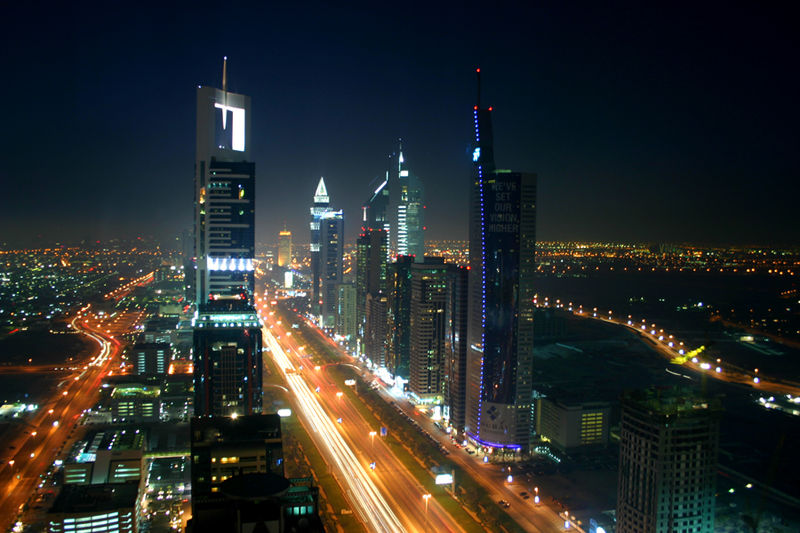 Dubai (دبي) is one of the seven emirates that make up the United Arab Emirates spread across for 4117 sq km with 2.45 million people. Dubai shares its borders with Al sharjah in the north and Abu dhabi in the south and stretching the entire west towards the Persian gulf.
It is rather like an independent city-state and is the most modern and progressive emirate in the UAE, developing at an unbelievable pace in the tourist and trade sectors especially.

A relatively new tourist destination, Dubai was gaining popularity in recent years until the global economic crash of 2008. Dubai is essentially a desert city with superb infrastructure, liberal policies (by regional standards), that became popular for its excellent tourist amenities. Just 5 hours from Europe and 3 hours from most parts of the Middle East,

Dubai is the major connecting hub while traveling the globe from east to west resulting more than 50 million passengers to use the Dubai airports which makes it a great short break for shopping, partying, sunbathing, fine dining, sporting events, and even a few sinful pleasures. It is a city of superlatives: for the fastest, biggest, tallest, largest and highest, Dubai is the destination. It has the largest immigrant population in the world.