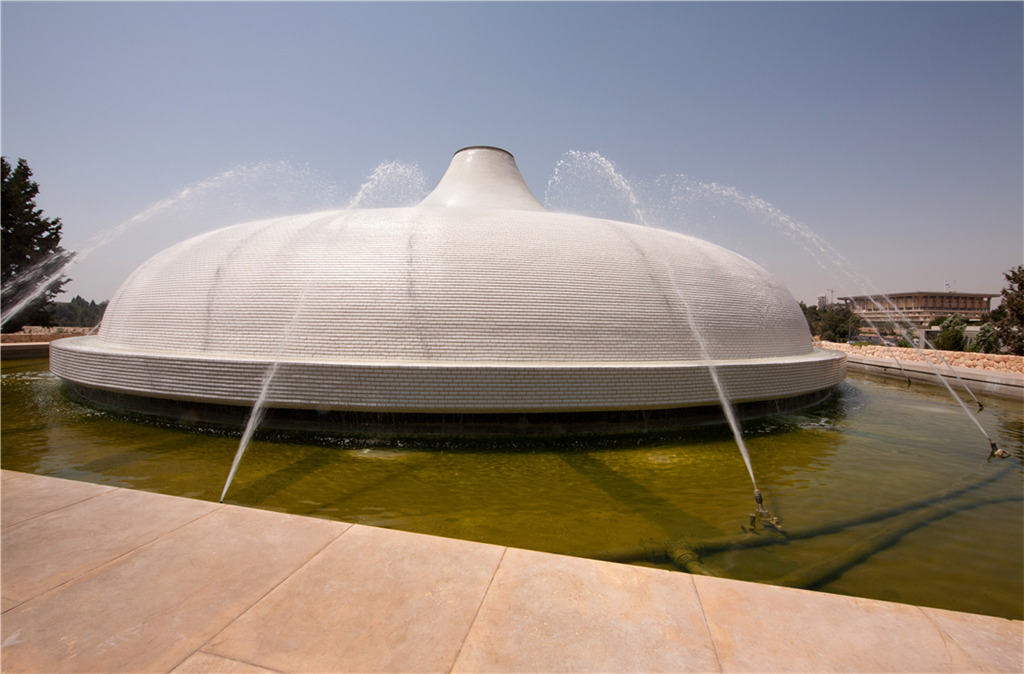 The Israel Museum
The largest museum in Israel. The Museum contains the “shrine of the book” where the dead sea scrolls are kept. It also has a large scale model of Jerusalem in ancient times. It has large archeology and art sections that were renovationed and reopened in 2010. Entrance fee

Yad Vashem
Israel’s Holocaust museum. There is no fee to enter but tours can cost about ₪30. Children under ten are not allowed to enter the museum proper but they go to other areas.

The Herzl Museum
The Herzl Museum includes an audio-visual encounter with the visionary of the Jewish State. The presentation provides a thought provoking 60 minute look into the Jewish world according to Herzl’s insights. The visit to the museum allows one to be an active participant in understanding Herzl’s bold aspirations and disappointments during his stormy personal journey. Through the encounter with Herzl’s great achievements, the visitor senses himself a part of Herzl’s enduring heritage.
Its located on Mount Herzl, aka Mount of Remembrance in the end of Herzl boulevard street, adjacent to Yad VaShem and the Jerusalem Forest. This is the national cemetery of Israel and includes “Yitzhak Rabin grave” and the “Theodor Herzl Museum”. also including the memorials of the “Victims of Acts of Terror Memorial” and the “Garden of the Missing Soldiers”.
Near Herzl’s grave there is a large broad for the main ceremony of the opening of the Independence Day. There is station of the light rail near the entrance to Mount Herzl.
The Tower of David
Jerusalem’s Citadel, known as the ”Tower of David”, is a historical and archaeological asset of international significance. The Citadel is a medieval fortress with architectural additions from later periods. It is located near the Jaffa Gate, the historical entrance to the city and the point where the East meets the West. It bears cultural and architectural values and has been the symbol of the city of Jerusalem for generations.

Bible Lands Museum
It is the only museum of its kind in the world, where the civilizations of the Ancient Near East are brought to life from the dawn of civilization to the early Christian era.

Rockefeller Archaeological Museum
Situated in a magnificent white limestone edifice in East Jerusalem, houses the extraordinary collection of antiquities unearthed in excavations conducted in the country mainly during the time of the British Mandate (1919-1948). The Rockefeller Archaeological Museum contains thousands of artifacts arranged in chronological order, ranging from prehistoric times to the Ottoman period, including a 9,000-year old statue from Jericho, gold jewelry from the Bronze Age, and much more.
Open Sun, Mon, Wed, Thurs 10 am – 3 pm, Sat 10 am – 2 pm, Closed on Tues, Fri, and holiday eves
Entrance is free of charge. Parking is available only on Saturday.

Friends of Zion
Located in the heart of Jerusalem, the Friends of Zion Museum brings stories of love and heroism to the world. Magnificently told using ground-breaking technology found nowhere else in the nation, visitors experience the unfolding story as though stepping back in time. Accompanied by a moving original musical score, fantastic surround sound, lighting second-to-none and interactive displays that appear to come to life before your very eyes, the Friends of Zion Museum is a once in a lifetime experience for audiences from around the world. Visitors enter a whole new world, where they meet the biblical figures, academics, businessmen, and military officials who, through their faith, have forged an everlasting bond between the Jewish and Christian peoples.