Jerusalem is a city of overwhelming emotions, a city that promises a religious and spiritual experience, excitement and pleasure, interesting tours and entertaining adventures. ​​​​​​​​​​​​​​​​​

The Jerusalem hills are another region that vies for the description of the Israeli Tuscany. Unlike the original, however, the Jerusalem hills offer many secrets from a deeper past as well as fascinating nature sites and tremendous beauty all year round.

As their name indicates, the Jerusalem hills are a hilly region in the Judean mountains, with Jerusalem nestling in the middle. Seven long extensions of these hills stretch toward to the coastal plain in the west and the Jordan Valley in the east.

The Jerusalem hills are known for their great historic importance, due to their proximity to the Holy City. Pilgrims past this way thousands of years ago, making their way to the holy sites for prayers, sacrificial offerings and just to visit; armies and many divisions of soldiers fought here, forcing their way between the mountains to the beloved city. Jews rebels from the days of the Bar Kokhba Revolt in 132 CE hid here from the Roman occupiers; and the Crusaders marched this way on their campaigns to free Jerusalem.

Today this area is dotted with urban communities (Mevaseret Tsiyon, Tsur Hadassa) and rural communities. Large areas of the Jerusalem hills are covered with natural forests and forests of planted pine trees, making this area a pleasant place to hike on hot summer days.

This region is blessed with some 100 springs, in the valleys between the hills and on the hillsides. Most of the springs flow from cracks in rock formations and every one of them is a celebration of nature. Many of the hillsides have ancient terraces built on them, silent testimony to ancient agricultural efforts.
Scattered among the hills are also the remains of agricultural settlements from the First Temple period (3,000 years ago); such as Khurvat Kfar Sum, farm houses and agricultural systems from the Second Temple and Roman-Byzantine periods, such as Sataf and Ein Khandak; and Crusader sites such as the Abu Gosh church, the Tsuba fortress and the Ein Khemed monastery. The Jerusalem hills also have many sites commemorating the fierce battles waged here in the 1948 War of Independence, such as the Kastel in Mevaseret Tsiyon and the Burma Road.

The many natural, historic, archeological, social and cultural sites in this large area make it an ideal and fascinating destination for tours. There are paths for hikers, roads for cars and bicycles and areas that can be reached with all-terrain vehicles. You can crawl through hidden tunnels, wade in the spring pools, pick sweet fruit in season, go horseback riding and take a tour of the hilltops with their magnificent views.

Many of the rural communities have opened wonderful restaurants and visitors can also tour the local wineries, art galleries and studios of artist who live in this area.

Choose a private guide yourself. Select one of the languages and browse tour guide profiles to find the one that is the best match for you.
English
Hebrew
Spanish
French
Russian
Arabic
German
Italian
Dutch
Other languages

The Western Wall plaza is visited by millions of worshipers. Here, at the base of the massive wall that is a remnant of the Holy Temple, prayers are offered and notes containing heartfelt wishes are wedged between the crevices. Surrounding the Western Wall are other important Jewish sites – the Western Wall Tunnels, the unique Davidson Center, the Jewish quarter …

Picture of Jerusalem Light Rail by Noam Chen, Ministry of Tourism, www.goisrael.com By foot: Much of Jerusalem is walkable and is pleasant to walk. The humidity level of Jerusalem is much lower than most cities in Israel, but you must remember the city is built on mountains- and you might have to climb some steep ascents. Some of the neighborhoods are a …

Audio Walking Guides of the Old City Android  IOS With 15 tours to choose from, you’ll have the opportunity to wander the winding alleyways of the Old City of Jerusalem, learning about the history and religious significance of the most popular attractions and hidden spots, seeing thousands of years of history unfold in front of your eyes. Walk in the footsteps …

Photo by Noam Chen, Ministry of Tourism, www.goisrael.com The Israel Museum The largest museum in Israel. The Museum contains the “shrine of the book” where the dead sea scrolls are kept. It also has a large scale model of Jerusalem in ancient times. It has large archeology and art sections that were renovationed and reopened in 2010. Entrance fee Yad Vashem …

Photo by Noam Chen, Ministry of Tourism, www.goisrael.com Located in the Judean Mountains between the Mediterranean Sea and the Dead Sea, Jerusalem is considered holy to the three major Abrahamic religions: Judaism, Christianity, and Islam. It is the holiest city in Judaism and the spiritual center of the Jewish people since the 10th century BCE, the third-holiest in Islam and is … 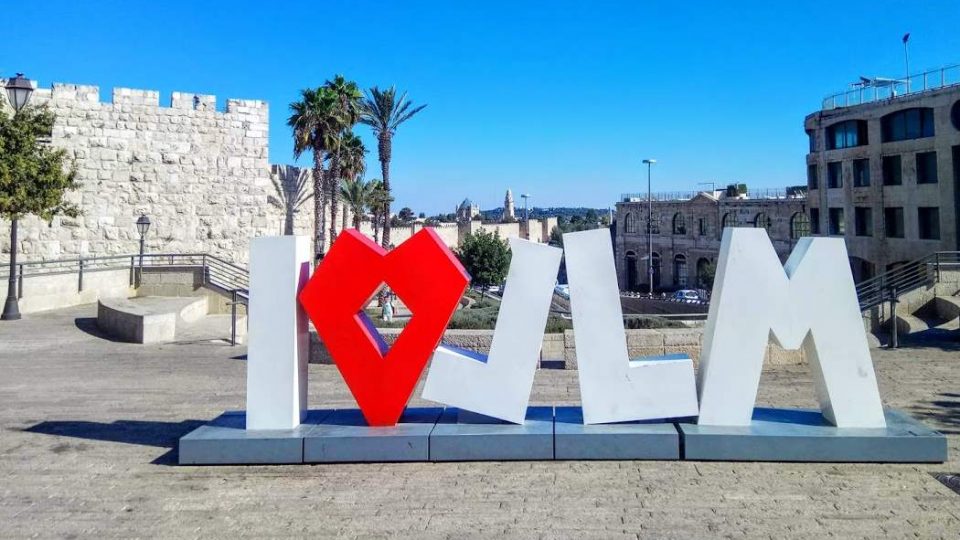